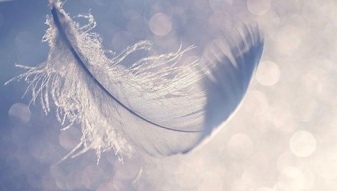 In 2017 I signed myself up to study the pre and post natal exercise qualification, something I knew I wanted to do and focus on even before I qualified as a PT. At the same time as I signed up for the course, I found out I was pregnant. I thought it was fate, meant to be…

I was studying, working at a gym as a PT; instructing spin, kettlebells, barbells, circuits, core classes… you name it, and I was beyond shattered!! Out of breath from walking a hundred yards, all energy zapped from me… couldn’t string a sentence together or remember people’s names, with my body (bump and boobs) changing and expanding pretty much from the get-go! The first trimester hormonal whirlwind in full swing… minus the sickness, I was lucky. Going through every emotion you can feel on the daily (hourly!). Then at 10 weeks I started bleeding whilst at work and had bad(ish) cramps. I knew about spotting in the first trimester and knew it was common, but that gut-wrenching dread and fear of miscarriage instantly kicked-in. I had to wait for a hospital appointment the beginning of the following week, bleeding and dread getting progressively worse over that weekend.

Sat at hospital in the waiting room with other couples going through the same thing. Seeing women come out of the scan room holding scan pictures and crying with relief, and then others coming out broken was just horrendous, helpless. I think I held my breath through every one, including my own. As I lay down on the bed for the scan, I was still expecting to see a baby despite the bleeding and cramps, I had hope. But a scan and internal scan revealed a sac the size as should be for 10 weeks, but an embryo that was tiny. I remember looking and being numb, crying but saying nothing, not really taking anything in that was being said. Then being taken into a room as others had done and speaking to a few doctors and nurses, but these are the details/sequences of events that I can’t remember in detail now. The brain fog of trauma that makes you forget has long since kicked-in (for parts of my story I’m thankful for that). I was told to go home and wait a week, then go back to see if dates were wrong and the embryo grew in that time or I miscarried naturally. That was the start of 3 weeks off work, sitting at home and not moving much. The start of going over every little detail, all I had done/eaten/drank and so on a hundred times, the emptiness, anger and upset. A week later the scan confirmed I had miscarried, the embryo had stopped developing earlier on in the pregnancy and my body continued to think/act as though I was pregnant, I’d had what’s called a missed miscarriage. The sac was still in place and I hadn’t miscarried naturally/fully, so I opted to take oral tablets to bring on the miscarriage, something I had to go back to the hospital and do twice, not nice! In the time I was off work I Googled everything to do with miscarriage, looked for stories, blogs of what other women had experienced and no two are the same, there was no answers… it was just one of those things. It wasn’t the right time.

Some miscarriage stats from Tommy’s below:

Find out more about Tommy’s latest campaign ‘Tell me why’, how they are getting vital answers into why so many babies are lost in pregnancy and birth through research.

I’d told close friends, family and a few colleagues I was pregnant, and to tell them I had/was miscarrying was gut-wrenching, the feeling of emptiness, failure, heartache, over and over for every person I told… I put my pre and post natal study on pause, because I couldn’t face reading anything about pregnancy. It wasn’t fair, why did it happen to me? I was fit and healthy!

Three weeks later I went back to work… it’s now I look back and think I should’ve gone back to work sooner and left the house, moved from the couch. Now I look back on a lot of things and see it all in a very different light. Three weeks of doing nothing but overthinking did nothing for my mental health. It was months before I felt I could pick-up with the pre and post natal studying again… but I did, and I passed, and it’s an area I Iove working; supporting women to stay strong through their pregnancy journey… I’m not going to lie… I do still have heart and gut pang moments, but breathing/meditating gets me through those, it’s amazing what something so simple as breathing can do, seriously! It’s something I discuss openly too and hope this encourages others to do so… it’s not easy or nice to discuss, it can be awkward and upsetting, and to be honest there isn’t a word big/strong enough to cover losing a baby… sad, upsetting, heartbreaking… it’s so far beyond that! But saying nothing is worse, as is holding it in and bottling up how you feel/what you’re going through… that will only pull you down. I’m not going down! Being asked if you have children is like a blow every time… how many blows can you take before you get knocked down? Deflect the blow! Doing that isn’t to make the person asking feel bad or awkward in any way. It’s to lighten your load. It’s a question that gets asked a lot, and you just never know what someone’s situation is… In being open I have found other women and men have opened up to me too, sharing situations they have been through, it’s a comfort and a release for all.

For me as a PT and instructor it’s important to be open, to share my experiences so that my clients and class-goers feel they can do the same. No one is perfect, everyone has got things going on, things they have been through… This is a blog I’ve thought about writing for a while as part of my own healing process, to share more of my story and hopefully help others to share/deal with theirs. With it being Maternal Mental Health Week, now seemed the right time, with lots of the conversations, blogs and posts encouraging others to open up and get support for all kinds of mental health matters.

Opening up to people does wonders for your well-being, about any issue you have going on… whether it’s to family, close friends or a counsellor (I’ve done/doing all 3). It takes a huge weight off. As the sayings go… time is a great healer and what doesn’t kill you makes you stronger. There have been points where I’ve truly thought I was going to have a heart attack or stroke with anxiety being so bad… but in dealing with issues instead of burying them, I’m feeling stronger in body and mind all of the time… I have my sights set on Wonder Woman status… and she’s strong as fuck! 😉

Big love to everyone/anyone that is going through any maternal mental health or mental health issue, I hope this is a comfort to you and encourages you to seek support.

Links to some support services below:

If you’d like more information on personal training and group exercise, please don’t hesitate to get in touch with us…

Hi! We’re Kate and Ruth Brooks, a sister PT duo dedicated to supporting people on their health and fitness mission.

Our aim… to support, encourage and empower people to lead a more active lifestyle, to be healthy and most importantly happy, promoting positivity and body confidence through exercise!

We both specialise in different areas of exercise, working separately with clients and delivering various group exercise classes in the community.

It’s time to put yourself first… make your health and well-being a priority. Exercise for body and mind, and focus on the feel-good that endorphins bring.

We look forward to meeting and training you.